Part Chinese and part European-American, my mother was what people call a “hapa.”  Tall and regal-looking, she had her Chinese father’s almond eyes but her Caucasian mother’s high nose bridge and was considered a femme fatale in college and in England where she pursued graduate studies in modern Chinese history in the mid-1960s.

She was actively courted by dozens of men, both Americans and Brits, but she chose my father, a Chinese artist-philosopher studying at an English university not only because they shared unconventional views of life, but also because he was a fellow animal lover and a great dancer.  And she thought he was “so handsome” that she couldn’t take her eyes off him the first time they met.

Ok, I am digressing too much.  You are probably asking what does all this have to do with eating wildlife.    This is her account:

Having met at a university social gathering, they had only known each other for a few months when my dad asked her to go to HK with him to meet his parents.   She wasn’t that interested in him as a potential mate at that point, but decided to go just to tour HK, and in her words, “he was entertaining enough for my taste, so I went on a lark over my prim and proper mother’s vehement objections because she thought it was improper to travel with a man when you are not betrothed.”

So, off they went.  My mom described the HK trip as a “whirlwind of great culinary delights, climbing hills, meeting his friends, playing with dogs, and arguments, both fun and serious ones.”

Two important events occurred during this trip, events that so impressed my mom that the two of them ended up deciding to spend their lives together.

The first one was a “ferocious argument” between my dad and his parents over the American Civil Rights movement.  According to my mom, his parents were “so racist that they couldn’t even imagine being in the same room with people they call “darkies.”

My dad and my mom, on the other hand, were Civil Rights crusaders who tried to do all they could in England to help African Americans.   The argument was so searing that my father told his parents that he will not see them again until they “undergo an attitude adjustment” and apologize for their racism.  My parents ended up storming out of the house, and true to their word, they did see my grandparents again until years later.

The second significant event was a dinner celebration that my dad’s favorite aunt hosted in their honor because she thought my parents were on their way to getting married.

To hear my mother tell it, the event was “exquisite” but still “so incredibly surreal” even today.  It was held in one of HK’s finest restaurants, and there were all kinds of food that my mom had never seen before even though she had eaten plenty of Chinese food in the U.S. My parents were already feeling increasingly queasy as there were some dishes that appeared to be dog meat.

But little did they know that the worst was yet to come.  The climax was when the waiters wheeled out live monkeys in wheelbarrows, each wriggling and crying in their individual nets. My dad immediately turned to his aunt and asked what was going on.  His aunt explained that eating monkey brains is a delicacy and that the monkeys must be alive when their skulls are cracked.  She pointed to the round covers in front of each seat at the dining  table and said that when the covers are taken off, there are holes for the monkeys’ heads to protrude while the bodies are in nets underneath the table.  She carefully explained how diners will be instructed on how to crack the skulls of the live monkeys using a special instrument, and how you are supposed to scoop out the brains with a spoon and eat them right away.

At that point, my mom said she was about faint and told my dad that they have to leave.  My dad was so appalled that he stood up and told everyone in no uncertain terms that it was wrong and cruel to eat any part of live animals and that it was a barbaric Chinese custom that needs to end.  When someone objected and claimed that his viewpoint was “too Western,” and Chinese culture must be preserved, he retorted that “even though  Western imperialism was definitely wrong,” without it, we would still be living under the iron fist of dynastic monarchical rule.”  He went on to say that with imperialism, we were exposed to valuable Western ideas such as democracy, liberty, and human rights as well as to Western science and technology, all of which has lifted us out of the dark ages.”

After that, my dad hugged his aunt and my parents left, holding hands.

Even decades later, my mother still remembers many of the exact words and phrases my father used that night.

You’re probably wondering what happened afterwards.  My parents decided that night they would marry as soon as they returned to England because they were soul mates.

My mother has related this story to us over and over through the decades, almost as if she never wants her children to forget that their bond was so unique and precious that “if you can find someone like that, you have to go for it and not hesitate.”  Her refrain has always been, “Where else could I have found someone whose humanitarian values were so front and center and meshed with mine in such a way that I am constantly inspired to live up to my ideals, our ideals.”

So, there you have it.  In my mind, my parents bonded over the issue of consuming wildlife—in their case, monkeys that were still very much alive. 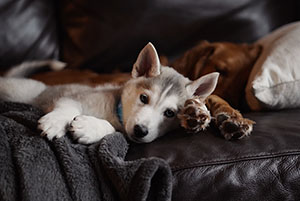 Pen: This is amazing! Thanks so much for sharing your mother's story.