Currently America has about 40,000 to 60,ooo cases per day and deaths hovering around 1,000 a day. Dr. Fauci foresees the pandemic lasting until late 2021. "I am very concerned, beccause we're headed in the wrong direction," he said.

We have just heard that due to Trump administration presuure on CDC officials starting in mid-August, CDC is now recommending that non-symptomatic people NOT be tested.  Clearly, the attempt to lower figures is the priimary concern here, not what is the best way to identify possibly infected people.  So, expect case numbers to drop.

Governor Newsom just announced that he is rolling back reopening plans, specifically, the closure of indoor facilities that just started reopening, and he is putting a growing number of counties on a "watchlist," which could lead to a second round of lockdowns.

Dr. Anthony Fauci  announced that America may very well see 100,000 cases per day and for the first time,  we are seeing consecutive days of 50,000 or more new cases a day.

Currently, with the continuing "opening up" despite rapidly increasing cases and hospoitalizations, the situation does not bode well for Americans.  Red and purple states (states that voted heavily or moderately for Trump) are the ones with rates that are increasing the fastest--Texas, Florida, Arizona,  That is not surprising given that Trump  supporters have been following his lead in disdaining the wearing of masks, the railing against retrictions on individual freedoms, and the emphasis on economy over human health.

Fauci has evinced pessimism about where America is headed in this devastating pandemic. "I am very concerned, beccause we're headed in the wrong direction," he said. In other words, he sees a rapid downward spiral.

Meanwhile, the Trump administration is pressuring schools to open and has been pressuring the CDC to relax its opening guidelines.

Why have California's cases and hospitalizations continued to climb?  Many attribute the continuing spread to loosening of restrictions and the lax observance of social distancing and mask wearing.  Mostly, new infections have sprung from gatherings of friends/family, and from mursing facilities.  In one case, an out-of-state traveler managed to be a super spreader, transmitting the virus to a few and from that,  concentric circles of Californians were infected (more).

New York's rate of increase in the number of cases and deaths has been declining and there are now 437,529 cases with 32,656

Currently,  cases are soaring in the U.S. after the Trump administration encouraged states to end their lockdowns even though the states had not met CDC requirements (which the Trump administration has rejected)  Social media pundits and the major networks sounded the alarm weeks ago--that opening up when the risks are still high would have disastrous consequences.  And the disastrous consequences are happening:  At the end of June the U.S. is notching record numbers of cases each day even as other countries' cases have been declining rapidly.

The European Union, for example, is seeing record low numbers and has just announced a ban on the entry of Americans into Europe.   This is not surprising, given that most European Union countries (except for Sweden) were locked down for weeks from March to May.  Compare this to the fact that in the U.S. during the same period, the absence of a national pandemic policy  led to a hodge-podge or patchwork of lockdowns of varying degrees.  Seven states, all red states that voted for Trump in 2016, did not have any lockdown orders!  Not surprisingly, the blue states, or ones that voted for Clinton in 2016, were the ones that took action much earlier than red states did and imposed more stringent lockdown orders.

But unfortunately, given our permeable state borders, the absence of any national leadership and the clear tendency of officials in pro-Trump state to follow his lead in disdaining lockdowns and public health measures, the virus has continued to spread faster than in any other developoed country.

Trump has continued to demand that states open up churches and is threatening to "override" reluctant governors, but it appears to be an empty threat, as legally, there is no way that federal authority can compel states to do what it wants in such matters.

The Democratic-controlled House just passed a new cornavirus bill, called the HEROES Act, which encompasses Democrats' priorities--another round of $1,200 stimulus checks, bonus pay for essential workers, and more expansive health insurance coverage.  It is NOT expected to be approved by the Republican-controlled Senate, but Democrats say that it will provide a strong basis for further negotations.

In April, the House, led by the Democrats, passed the first major Coronavirus bill--the CARES act--providing free coronavirus testing and treatment and paid emergency leave with two weeks of paid sick leave and up to three months of paid family and medical leave.  Included in the first bill were direct payments of $1200 for an individual and $2400 for a couple to tax-paying Americans.  There was also a business loan provision that was more or less gone after the first couple of days as most of ithe money went to large corporations.

In the U.S. and in hard hit European countries like Italy, UK, France, and Spain, the partial lifting of lockdowns is taking place currently as the death rate has declined and the new infections rate has plateaued or declined in many areas.

However, as mentioned, most experts warn that to open up when the risks are still very high means that there could be a second wave in the fall even if mortality and infection rates decline during the summer.

The great majority of soaring cases and deaths are currently in the  U.S.,  Brazil, Russia, and India, with the U.S. leading in this pandemic race.  Europe was hit hard earlier, but now the number of cases in Europe has declined precitously while the opposite is occuring in the U.S.

If you are wondering where the Corona virus may have originated, look no further than China’s thriving markets that sell wildlife (akin to “bushmeat” in Africa).  Just like the SARS virus epidemic in 2003, the origins are clear:  for both epidemics, markets like the one in Wuhan, the source of the current cornona virus, are the source. These wildlife markets sell all kinds of exotic wildlife such as civet cats, snakes, pangolins, etc., to restaurants and affluent  customers who see providing such exotic meats as a status symbol.  Such commercial trafficking in wildlife sales is enabled by a persistent superstitious belief in the health benefits of exotic meat in Chinese culture.

Even though the precise trajectory of how the current Coronavirus sprang from wildlife to humans has not yet been pinpointed, wildlife experts such as Christian Walzer of the Wildlife Conservation Society states that confining wild animals in small cages is a perfect breeding ground for new viruses  because “Each animal is a package of pathogens.”

In fact, such transmission of lethal viruses that jumped from wild animals to humans has happened over and over again.  To name just a few--the Bubonic plague, malaria, toxoplasmosis, rabies—are all viruses that hopped from other species to infect humans.

More recently, these are the most infamous inter-species epidemics: the Zika virus, which originated in the forests of Africa and is transmitted by mosquitoes, the infamous Ebola virus that is thought to have originated in Africa from bushmeat consumption, the SARS virus from China’s wildlife markets, and the extremely lethal AIDS virus that was traced to chimps and other primates in Africa before it established a strong foothold among humans (most likely from the increased  consumption of bushmeat).  more

While the President downplayed the coronavirus threat initially, the Center of Disease Control (CDC) warned that the virus will spread across the U.S. and recommended in late February/early March that community organizations such as schools, hospitals and businesses, begin to prepare for a pandemic.

The World Health Organization declared in February that we are in the midst of a pandemic.  Projections are that in the U.S. there will be 150 million infected eventually, and 60,000 deaths by the end of August.  Right now (in early May), at almost 80,000 deaths, the U.S. has already exceeded this projected number of deaths.

An alternative hypothesis of Covid19's origins is that it sprang from a Wuhan virology lab, either intentionally or accidentally.  One cited "proof" is that the number of infected seemed to radiate from where the lab is located.  Another oft-cited point is that the lab was doing research on coronaviruses and Chinese labs are known for their sloppy procedures, so an accidental release seems likely.

Some scientists claimed to have examined Covid19 and have concluded that it was not a manmade virus. But we have not been told what the criteria they used were, so we do not know how valid this conclusion is.

As more is known about what Communist China did in the early days of the spread, it has become clear that there was a coverup in Wuhan:  When doctors tried to sound the alarm in November and December, they were suppressed.  But when the number of deaths piled up, the Communist Chinese government, always an exported of PPEs (masks, gowns, and gloves), became a net importer.  According to a Washingpost article, the Communist Chinese government hid the severity of the pandemic, so that it could hoard supplies in anticipation of  profiting from outbreaks around the world.

The Nature of the Virus (Covid19)

This new Coronavirus has exceeded the fatality and infection numbers of SARS in 2003:  The total number infected with SARS was 8,000 and the number of deaths was 774.

The incubation period is 2 to 14 days, so countries are quarantining people form China for up to 14 days.

It is a respiratory virus that travels through the air in tiny droplets but falls to the ground within a few feet of the source of infection (unlike the TB and measles viruses that can travel a few hundred feet).  According to a Lancet study, one person is most likely to infect 2.2  others, which means that it is quite infectious, more so than even the deadly 1918 flu virus. (more)

Because it is a respiratory virus, the symptoms are fever, cough, shortness of breath and pneumonia as the virus latches onto the surface of lung cells and destroys lung tissues.   The fatality rate is  about 10 times higher than the .1% for most flus. The actual rate has ranged from 3% to 6.7% in Italy where there are more senior citizens than in most other countries.  In the U.S. currently the national fatality rate of Covid19 is about 5 to 6% but it will decline as more people are tested.

Humans should stop eating wildlife and, we should do all we can to preserve the ecosystems that are the natural habitats of  wildlife species.  Because of the loss of a high percentage of natural habitats due to the encroachment of humans’ commercial activities and through direct poaching, many wild species have either died or have been living under stressful conditions.  Furthermore, climate change/global warming has contributed to the degradation of ecosystems.

This means that ecosystems in which wild animals play critical roles in offering beneficial services--filtering water, air purification, climate regulation, waste treatment, pollination, raw materials, disease regulation, etc.--are being destroyed at a rapid clip, and with that, wildlife in poor health are prey to viruses and bacteria, which they could have resisted had they been in good health.

And when they are further stressed through captivity, they are unable to mount effective immune reactions and the viruses they harbor will be able to multiply rapidly.  Once in contact with humans, these lethal microbes find great hosts to help them propagate.

Wear Masks or Not? 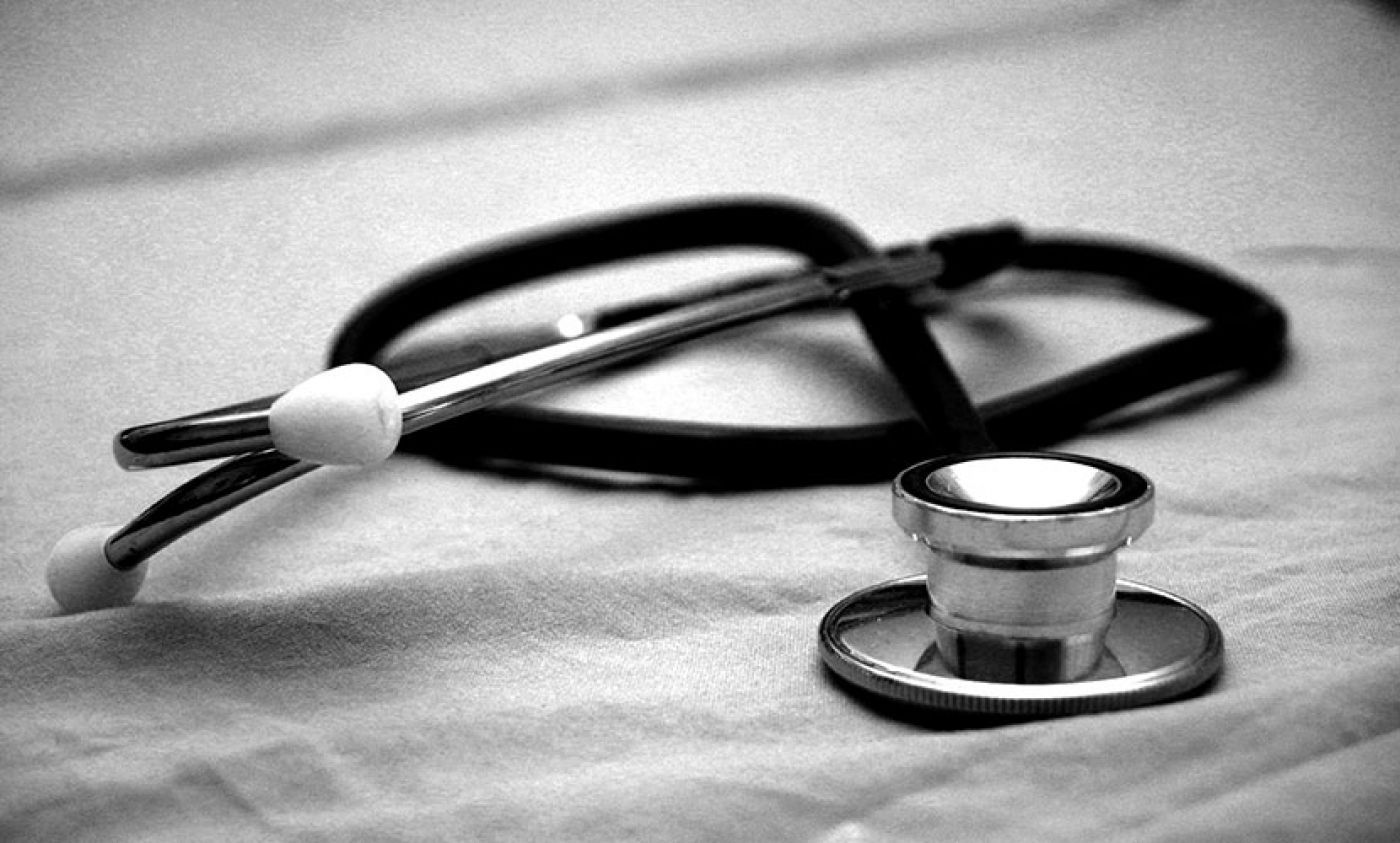 Medicare for All: Is it Feasible?